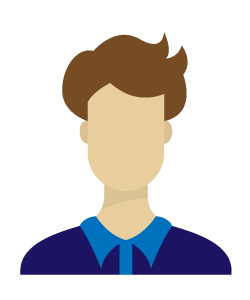 I have always been someone who loves new technology, but that doesn't mean that I have always kept my house up with all of the latest gadgets and gizmos. About a year ago, I realized that some of the newest systems could help me to streamline different challenges at home, so I started looking into devices that could help. I was able to find an incredible home automation system that improved my home security, and it was an awesome feeling. This website is here to help people to shop for better technology and to improve their own lives. Check it out!

While there are a handful of operating systems out there for mobile devices, the two that dominate the industry are Google's Android and Apple's iOS. Android is the clear king, running on more than 74% of phones worldwide. iOS is a distant second, working on more than 23% of phones. Fortunately, many development environments for mobile apps now support production in one setting that then generates code that'll run on both Android and iOS.

The Number of Features Is Booming

While it's hard for any one company to take advantage of all the features of a modern smartphone, there's a lot out there to play with. For example, augmented reality software, such as Apple's ARKit, allow games like Pokemon Go and applications like Ikea Place to revolutionize what companies can offer to users.

The demographic trends between the users of the two major operating systems will dictate how much your company targets those users. The data backs up the stereotype that iOS users tend to be significantly better educated and wealthier than Android users. Conversely, hardcore techies tend to use Android devices. When thinking about which platform to focus on, you need to consider how the demographics line up with your brand and its customers.

Most of the content delivered to mobile devices is sent to users from remote servers. In other words, there's a supporting infrastructure behind virtually every app you see on the market today. You may need to acquire licenses for the data you employ. Similarly, you'll have to format the data on your servers in a manner that the mobile app can easily translate into usable output.

As tempting as it is to want to support every user of every version of the two major operating systems on the market, it really drags down the development process. It's important as your app ages to monitor which operating systems users are actually employing. As any single version slips well below 1% of the market share, you should consider withdrawing development support for it in your pipeline.